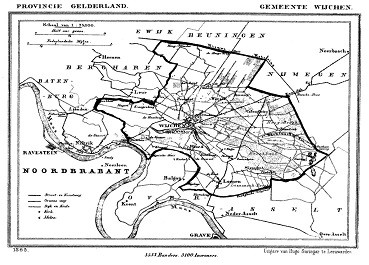 The regional history department begins where the archaeology ends – in the Middle Ages – and continues until the present day. The emphasis of the permanent displays is on the five castles in the parish of Wijchen. Through the centuries these castles have had a strong influence on the history and the balance of power in ‘The land of Maas and Waal’. Temporary exhibitions are usually thematic in nature.

Dramatic developments are not restricted to prehistoric and early historic Wijchen. The last few centuries have also often been dramatic. The strategic location of the ‘Land of Maas and Waal’ means that is has often been fought over – first by local and regional feudal lords and during the Second World War by the occupying German Army and the armies of the allies who came to liberate the area. In recent decades history has also not stood still. After the war Wijchen was a village of barely three thousand people – today there are nearly forty thousand.