Home > Home! 150 years living at Wijchen and its surrounding villages

Home! 150 years living at Wijchen and its surrounding villages 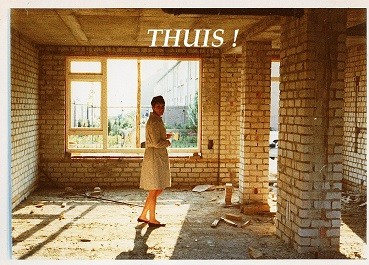 Living and feeling at home. This is happening in Wijchen for centuries. No wonder that because of the population growth many people wanted to settle in Wijchen. Wijchen has developed from a small village to a municipality of more than 40.000 inhabitants. In the exhibtion Home! 150 years living in Wijchen and its surrounding villages showed the proces of the expansion.

The explosive growth mainly happend from the sixties in the last century upto now. The expansion is very much visible on maps and air views. Personal stories of the first inhabitants illustrated the origin and the heart and soul of these new quarters. At the same time several archaeological finds, which were excavated during the building of these new quarters, gave an insight of life at the same places around 3.000 years ago.

Despite the large number of inhabitants Wijchen has been able to keep a sense of living in a small village. Many pubs, nicknames, families who have been living here for generations, the typical local songs and the fair are characteristic for the feeling of “us in wijchen”. Furthermore art of several local artists showed the special place Wijchen, located inbetween two rivers, is. Also a view into the future was shown with new plans and visions on living in Wijchen.