Home > From Tienakker to the crossing

From Tienakker to the crossing 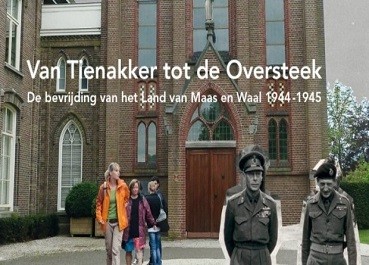 From Tienakker to the crossing. The liberation of the Maas and Waal region 1944-1945.

October 1944, an important visitor in Wijchen: the English King George VI comes along in monastery Tienakker. The monastery houses at that time, American and British soldiers, who are about to move up north. The Allied march is a part of Operation Market Garden, the ambitious plan of field marshal Bernard Law Montgomery to disable the Ruhr area, the heart of the German war industry. A surprise attack by paratroopers should lead to a quick victory by blowing away the German soldiers.

From Tienakker to the crossing, the liberation of  the Maas and Waal region  1944 – 1945  tells us the story of the libiration of her inhabitants.  How have they experienced the offensive? The exhibition is in line with the 70-year-old commemoration around Operation Market Garden, which took place in the third week of September 2014. With private objects, photos, film footage and anecdotes the exhibition gave a local look at the liberation. What is it like to have soldiers quartered? What has Wijchense Marie van Kessel written in her diary? What was made from the grenade tubes and parachute fabric? Where have planes crashes ? The personal stories of the inhabitants of Wijchen also show that life in the years after the liberation was not always easy. Practical matters like housing and food shortages occured and the memories of the war needed to be given a place . This process still continues. How are we dealing with the scars from the past nowadays? Learn, experience and explore From Tienakker untill to crossing!