“Wijvenwereld” – A surprising outlook on women in the late midle ages 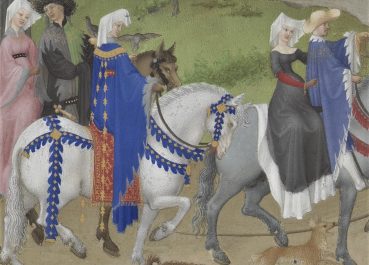 The Middle Ages: a dark period in which violence reigns and men dominate society. Women barely get involved. Is this image correct? Medieval women had quite a lot of rights in the Low Countries: they traded, expressed their opinion and did indeed push through their will. These ‘wijven’, the medieval word for ‘woman’, populated the city and the countryside. Their position differed less from the contemporary woman than was thought.

In collaboration with Het Gebroeders van Lymborch Huis, Museum Kasteel Wijchen presents the exhibition “Wijvenwereld”. A surprising outlook on women in the late Middle Ages. An exhibition about the position of women in the 15th century, both rich and poor. Miniatures of books of hours, archaeological finds, literature, badges and other special objects reveal a surprising picture of the position and environment of women. An image that is different from the ideas formed in the 19th century with which we grew up. The spotlight is on a wonderful ‘women’s world’!